Hypnosis has been around for as long as humans have been around, but under many different names. That's because hypnosis is a natural state of the human mind, one that can be triggered by a variety of experiences. Around the turn of the 20th century modern medicine was being developed. The study of the mind occurred right along side that development, and great leaps have been made in the areas of psychology and hypnosis.

If you know me then you know I'm a bit of a scientific study nerd. I love looking at the data and seeing what works and what doesn't work. While not everything is conducive to being studied in a research lab (especially subjective experiences), there are many studies and published articles showing the efficacy of hypnosis. Here are just a few of my favorite quotes and links to the studies themselves.

Evidence for Hypnosis and Pain Control

Before the advent of modern analgesics and anesthetics, hypnosis was often the most effective approach for eliminating pain and increasing survival in major surgical operations. James Esdaile, a Scottish surgeon in the early 1800’s performed hundreds of surgeries and amputations using hypnosis as the pain reliever. James Braid was another surgeon famous for his speedy amputations. His use of hypnosis significantly reduced shock and dramatically increased his patients survival rates.

Even today hypnosis is still used in surgical situations. Below is a link to a video of a dental surgery being performed without any chemical analgesics.

One of the best endorsements of hypnosis is the summary of a paper by Mark P. Jensen and David R. Patterson of the University of Washington on the topic of using hypnosis for chronic pain. In fact, if you are really interested in how hypnosis can affect pain and you want even more research than my article will provide, I recommend reading all of the paper I'm about to quote. It shines it's light on every area of pain and how hypnosis can positively impact it.

"The empirical support for hypnosis for chronic pain management has flourished over the past two decades. Clinical trials show thathypnosis is effective for reducing chronic pain, although outcomes vary between individuals. The findings from these clinical trials also show that hypnotic treatments have a number of positive effects beyond pain control. Neurophysiological studies reveal that hypnotic analgesia has clear effects on brain and spinal-cord functioning that differ as a function of the specific hypnotic suggestions made, providing further evidence for the specific effects of hypnosis. The research results have important implications for how clinicians can help their clients experience maximum benefits from hypnosis and treatments that include hypnotic components" [7]

Beyond chronic pain, hypnosis is widely used in the area of natural childbirth. One study showed,

“Prenatal hypnosis preparation resulted in significantly less use of sedatives, analgesia, and regional anesthesia during labor and in higher 1-minute neonatal Apgar scores.” [1]

Hypnosis has been actively shown to reduce the pain associated with fibromyalgia.

“The patients experienced less pain during hypnosis than at rest.” [5]

It’s really important to realize that pain is a multifaceted experience. This next study shows that different suggestions work on different parts of that experience.

Beyond pain there are other unpleasant sensations the body can endure. Often times during chemotherapy and cancer treatment, some of the other drugs given can cause severe nausea and vomiting. Hypnosis has been shown to actively reduce that.

“One of the first modern applications of hypnosis with cancer patients…[multiple] studies reported positive results includingstatistically significant reductions in nausea and vomiting.” [3]

And the use of hypnosis to speed up the recovery time after surgery has been shown time and again. Two studies from Harvard Medical School show hypnosis significantly reduces the time it takes to heal.

The first study showed that six weeks after an ankle fracture, those in the hypnosis group showed the equivalent of eight and a half weeks of healing. That effectively demonstrates that using hypnosis helped that group heal bone fractures 41% faster. [2]

Hypnosis often works on multiple fronts. In this next study patients that went through surgery saw a decrease in pain as well as better outcomes overall.

“Hypnosis has been demonstrated to effectively control pain and emotional distress and to improve recovery…results revealed a significant, large effect size…indicating that surgical patients in hypnosis treatment groups had better outcomes than 89% of patients in control groups.” [3]

Hypnosis reduces pain and speeds up recovery from surgery:

“Since 1992, we have used hypnosis routinely in more than 1400 patients undergoing surgery. We found that hypnosis used with patients as an adjunct to conscious sedation and local anesthesia was associated with improved intraoperative patient comfort, and with reduced anxiety, pain, intraoperative requirements for anxiolytic and analgesic drugs, optimal surgical conditions and a faster recovery of the patient. We reported our clinical experience and our fundamental research.” [4]

One of the area's hypnosis has been repeatedly tested and shown to have beneficial effects is the area of addictions. Hypnotherapy is routinely used in the top addiction and recovery centers to help people develop motivational strategies and counteract learned helplessness. Although hypnosis is used in all areas of addictions, there are many studies showing the effects of hypnosis when treating tobacco cessation.

"Of 43 consecutive patients undergoing this treatment protocol, 39 reported remaining abstinent from tobacco use at follow-up (6 months to 3 years post-treatment)."[8]

"Thirty smokers enrolled in an HMO were referred by their primary physician for treatment. Twenty-one patients returned after an initial consultation and received hypnosis for smoking cessation. At the end of treatment, 81% of those patients reported that they had stopped smoking, and 48% reported abstinence at 12 months post-treatment" [10]

A study was done in 2005 to test the effectiveness of guided imagery VS placebo in quitting smoking. It found that guided imagery was more than twice as effective as placebo to keep those patients smoke free after 2 years. [11]

Many different addiction centers also utilize hypnosis strategies in group settings. This is often times a supplemental strategy to what the patients may already be doing. In methadone clinics, the hardest groups to treat are those that receive methadone but continue to use street drugs such as heroin and cocaine. Hypnosis, when combined with other addiction methodologies, has been shown to be very effective with this population. In this small case study, 10 methadone users in a outpatient rehab facility underwent weekly group hypnosis sessions. These were the results:

"All patients (100%) completely stopped use of any street drugs and results remained stable for 6 months after end of treatment. Two years after end of intervention, 7 out of the 9 (78%) remained clean of use of heroin, but 2 (22%) returned to partial use; 6 (67%) of the patients returned to partial use of benzodiazepines, none (0%) showed permanent use of marijuana or cocaine." [13]

There is also growing evidence that hypnosis can be combined with more traditional therapies in order to help things that walk the line between addiction and compulsion. This might include sexual addiction, trichotillomania, and even obsessive compulsive disorder (OCD). In a pilot research paper, they mention that hypnosis can be combined with cognitive behavioral therapy (CBT), one of the traditional approaches to treating OCD. By adding hypnosis to the treatment plan it makes CBT even MORE effective.

"There is growing empirical evidence that hypnotically facilitated cognitive-behavioral therapy is more efficacious in the treatment of a number of psychiatric/psychological disorders [such as obsessive compulsive disorder] than cognitive behavioral therapy (CBT) alone."[14]

Because of the wide range of things that hypnosis can effect, there are many different research studies and clinical trials testing hypnosis and how it treats various disorders. In this next section I will share with you a few of the more interesting pieces of evidence.

“Patients slept significantly longer when on autohypnosis alone than when they received the placebo.” [15]

“Significantly more patients had a normal night's sleep when on autohypnosis alone than when they received placebo or Mogadon.” [15]

“There was a tendency for autohypnosis to reduce the time taken to go to sleep.”[15]

"Researchers analyzed 18 studies comparing a cognitive behavioral therapy such as relaxation training, guided imagery, self monitoring, or goal setting with the same therapy supplemented by hypnosis. Those who received the hypnosis lost more weight than 90 percent of those not receiving hypnosis and maintained the weight loss two years after treatment ended." [16]

"An objective baseline of the bruxing was established using a portable electromyogram (EMG) detector attached over the masseter muscle during sleep. Hypnotherapy was then employed.... The bruxers showed a significant decrease in EMG activity; they also experienced less facial pain and their partners reported less bruxing noise immediately following treatment and after 4 to 36 months"[17]

"In a research study on self-hypnosis for relapse prevention training with chronic drug/alcohol users. Participants were 261 veterans admitted to Substance Abuse Residential Rehabilitation Treatment Programs (SARRTPs). individuals who used repeated self-hypnosis "at least 3 to 5 times a week," at 7-week follow-up, reported the highest levels of self-esteem and serenity, and the least anger/impulsivity, in comparison to the minimal-practice and control groups." [18]

Hypnosis as a Panacea?

It's been shown that hypnosis can help with so many different problems, from cancer to teeth grinding and everything in between. It almost gives the impression of hypnosis being a panacea, or a cure all. So is this the case?

No. The reason that it can seem this way is because the very strong connection between the mind and the body. The placebo effect is a well accepted example of how the mind can positively affect the body. Just as powerful, but not as well known, is the nocebo effect. That is when a person's negative beliefs create negative physical effects on the body.

Modern medicine is now realizing how strong that link is, and how much your mind really impacts your health. That is what makes hypnosis so powerful with such a wide variety of ailments. It's one of the best tools you can use to positively impact the mind and how you think.

So is hypnosis just the placebo/nocebo effect? I think that's the wrong question to ask. I think the right question is, 'Just how powerful is your mind'? It's been shown that the placebo effect can sometimes be so powerful as to completely cure diseases in some cases. Just as powerful, the nocebo has been shown to cause premature death in rare instances.

If that can happen almost by accident, imagine what can be done by utilizing some of these tools on purpose, with your own best benefit in mind?

All citations are in AMA format when applicable. I highly recommend using Google scholar or Pub Med if you are interested in reading the full papers. They are incredibly interesting!

You are still you

Stop Smoking Break the Habit to Get Smoke-Free, with Hypnosis

Is Cognitive Dissonance affecting your vision in 2020?

Is your Job making you sick? 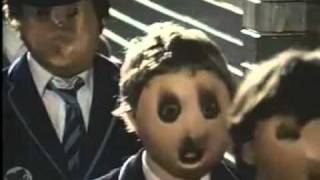 What is happening to our Children

Your beliefs and how to stay in control

Day 28 Light at the end of the Tunnel 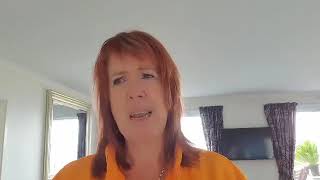 Day 25 Sometimes you just have to laugh

Day 22 What have you learnt during lock down?